It has been pointed out to me more than a few times that I can be a bit OTT when it comes to explaining things I liked or enjoyed. A particularly good episode of The Apprentice can quickly become ‘the best thing I’ve ever watched’, and a fresh piece of melon is sometimes ‘the greatest thing I’ve ever tasted’. It means that when I describe something I tend to throw in the big guns so quickly that they lose all meaning – and it’s something I think a lot of people are guilty of, to some extent. I’m all for being positive, but here I’m going to try not to rely on my old tropes. Words like unbelievable and incredible are banned here (for this post at least). Here goes…

Discovering a new author is a joy, and it always has been. Discovering a new author whose work thrills you and seems to connect with you time and time again is a step further than that. When writing too, finding that someone who inspires, informs and delights is also a watershed moment. That’s how I feel at the moment with Dennis Lehane.

Yes, I’m years too late. Quite literally decades too late. I know his books have already been dissected and pawed over by millions of readers already, but that means nothing to me, aside from confirming to me that I’m in the right place, and that I’m not the only one who feels this way.

I’ve read a handful of Lehane’s books now, and have been more and more taken with each novel – and the last one I read, Darkness, Take My Hand, has immediately become one of my favourite books of all time. And no, I’m not resorting to my old outlandish descriptions for things that perhaps don’t deserve it. I genuinely see it as a cornerstone book in my own development as both a reader and a writer. 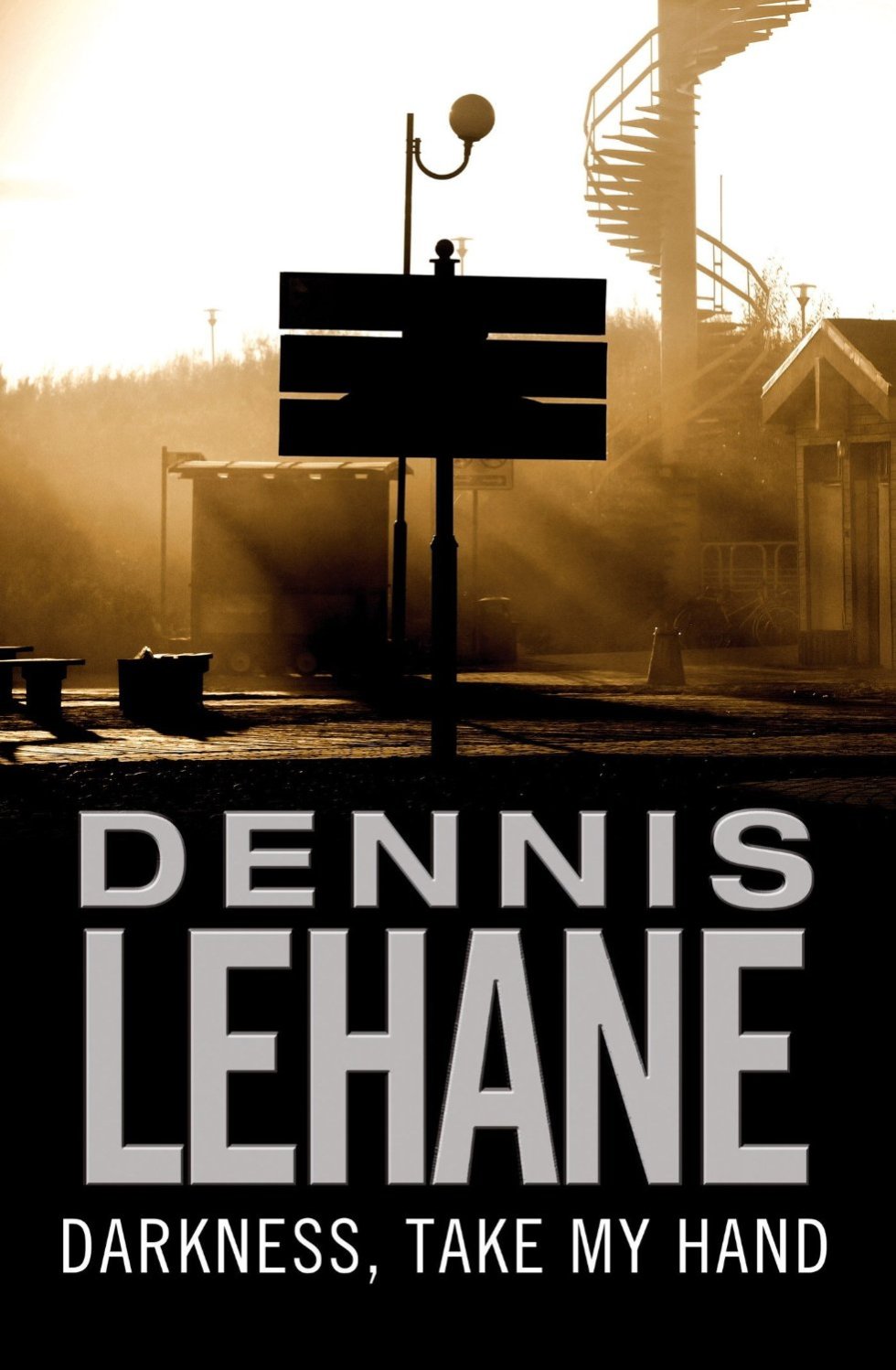 It is the second book in the Kenzie & Gennaro series, about two private investigators in Boston and their adventures. On this occasion, the past has come back to bite Patrick Kenzie in the form of a serial killer, who gruesomely terrorises Patrick’s old neighbourhood as part of a grander historical plan.

It was published in 1996, but it reads like the top crime fiction bestseller of 2017. Or 2018. Or 2019… Point is, there’s a freshness, a timelessness, a pointed transient quality that lifts the book out of a place in time and puts it in the here and now of whenever the here and now happens to be. I’ll read it again in a few years and still be taken by it.

Something I’m trying to learn about putting into my own work is layers, and I think I try to hard at it to get it right. Lehane’s work is full of layers, and it all feels so effortless yet so keenly worked. Social commentary, existentialism, politics, life, love, the hereafter… It’s all here, and the work feels so enriched and multi-faceted because of it. The result is challenging and rewarding for the reader. Something I constantly despise is the snobbery in the literary world towards crime books and their merits in being able to tackle bigger things. I assure you, my thoughts were more provoked, teased, prodded and bullied during this novel than with anything of a supposedly more literary nature – the only difference being that Lehane doesn’t seem so keen to point out how clever and high-brow he is being. Lesson for me to take on board here – you don’t need to sound like a patronising windbag in order to tackle themes you might think you shouldn’t.

And on this topic, Lehane doesn’t shoehorn it in. He doesn’t bring up the socio-economic differences between race and class because he’s making a grander point off the page – it is here because it benefits the story and the world our characters exist in. It makes it more nuanced, more varied, more real. Layers.

On the topic of his world, it is a meticulously detailed landscape which is just as much a character as any human voice in the novel. The streets, the neighbourhood, the atmosphere, are all very much a part of the story. I’ve never been there, but I feel like I’ve never left. It’s a testament to Lehane’s powers of both observation and descriptive talent that I feel as embedded in the Dorchester neighbourhood of Boston as the characters. And again, you’re never bludgeoned with it. It’s just… there. And it’s just… happening. 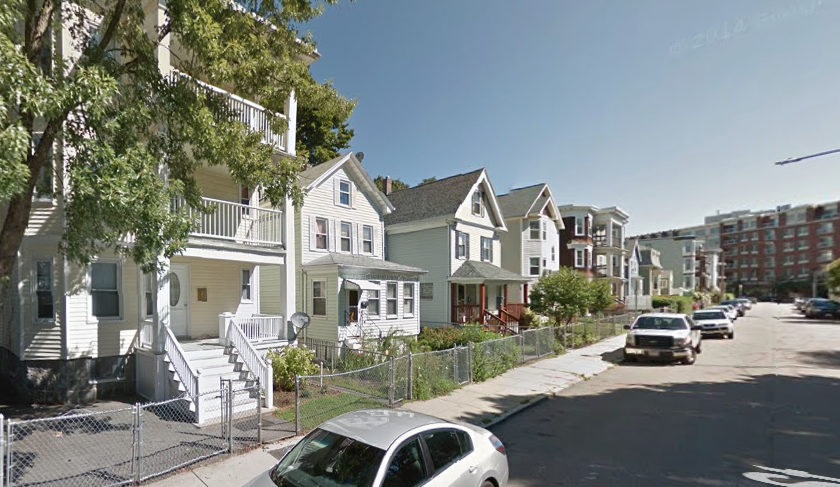 The characters are typically varied, rounded and masterfully drawn, and again it is that testament of getting the reader to know and understand that characters without bashing you ever the head with it. Histories are shared and explained without you noticing. Personalities are shown but never told. The reader falls into it all and becomes part of the cast of characters, a Houdini-like sleight of hand trick that has happened before you know it has. Kenzie & Gennaro are unlike any characters I’ve come across. They are bold, brave, sensitive and damaged, but in ways that don’t rely on old conventions or lame pointers. Layers again. Another trick author’s try so hard to pull is to make the audience care for the protagonist – Lehane manages this here again like David Copperfield with a pen. It’s done before I know it. A little misdirection here, and hey presto, I’m following Kenzie & Gennaro until the bitter end.

Plot. It’s surprising and terrifying. I’ll give nothing away, but it’s an unravelling onion of the darkest corners human beings have, and what pushes people into them. Every time you think our characters have a handle on things, the rug isn’t so much pulled as detonated with a case of C4. It moves at such a speed that managing to evoke the care for character and environment as already mentioned is a miraculous achievement. I’d finished the book before I even got to grips with how much I was enjoying it, and I didn’t want it to end – but I hoped the end would bring safety to the characters and neighbourhood.

I’m going to call it a day there, but the third Kenzie & Gennaro book is sitting on my shelf behind me. I’ll be into it before the week is out I’m sure. But I’ve learned so much from reading this one, lessons I hope to take forward myself. With your writing, you can go for it, in every sense of the word. There’s no point otherwise. Don’t idle in neutral. Take it to the readers. Ignore convention and snobbery. Find that voice in you that won’t shut up, and make it impossible to ignore. If you do you might just write something that someone will call the best thing ever. Whoops. Couldn’t help it.